With the holiday season upon us, our contributors took a moment to reflect on their favorite Christmas albums. Sound off in the comments to let us know about your personal favorite.

This timeless album will undoubtedly put you in the Christmas spirit. Vince Guaraldi (piano) takes classic Christmas carols and spices them up with colorful chord voicings and tasty licks. With Fred Marshall on bass and Jerry Granelli on drums supporting Vince, this trio creates not only a great score for a Christmas feature — but also a must-hear for all jazz fans out there.

Mariah Carey and N’Sync certainly have performed two of my favorite Christmas songs with “All I Want For Christmas Is You” and “Merry Christmas, Happy Holidays,” respectively. But few things get me more pumped than listening to Trans-Siberian Orchestra’s The Lost Christmas Eve album when it comes to Christmas music. It’s definitely not the traditional way to listen to popular Christmas tracks, but hearing such wildly stark twists on some old classics reinvigorates my love for those songs, such as “Faith Noel” (a song I don’t normally care for), “What Child is This?” and “O Come All Ye Faithful.” The main reason to love Trans-Siberian, of course, is haunting guitar rhythms peppered with insane guitar solos. “A Christmas Jam” may be the most fun track to listen to, but there are several instrumentals with great build-ups, popping guitar riffs, sharp rhythms, and even spots with slow, yet hard, chords while dropping the beat in half. I’m inclined to listen to the music more, but I certainly have appreciation for great vocals. That is probably my least favorite aspect of the album, and the band in general. Especially with this album, the vocals don’t match the lyrical tones quite as much as I’d like. But I don’t listen to them for their vocal skills, anyway. 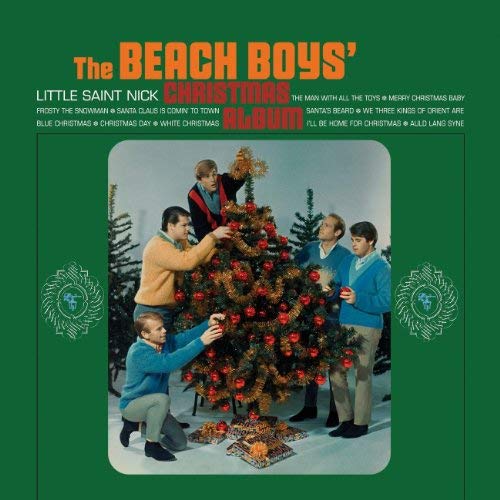 The Beach Boys’ Christmas Album has been my personal favorite since I was a child. I would listen to my tape nonstop during the holiday season and would even fall asleep to it every night. For me, it resonates with Christmas joy and always takes me back to the Christmas magic I had as a child.

Full of Cheer by Home Free

A nice, simple album, this one has great harmonies and a bit of a country twang. Overall, it is an album that is good to listen to while kicking back and relaxing. The track I prefer most is probably “Full of Cheer,” a nice, jaunty, comedic tune for which the album is named.

That’s Christmas to Me by Pentatonix 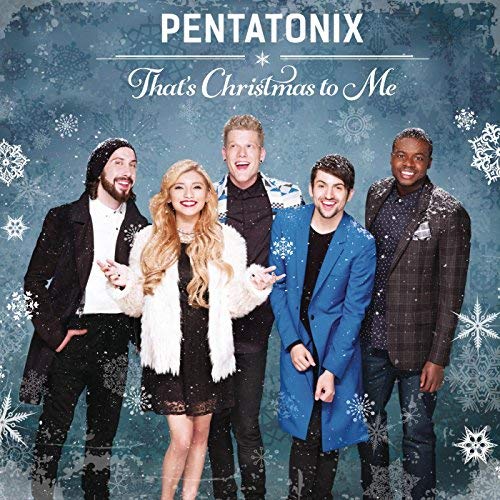 That’s Christmas to Me is a Christmas album of covers. But because of Pentatonix’s tight harmonies, beautiful vocals and haunting song choices such as “White Winter Hymnal,” this album is a stack above the rest for me. I remember listening to That’s Christmas to Me when it came out. It was a chilly winter evening. I sat silently in my car, holding hands with my girlfriend as we listened to this gorgeous and thoughtful album. It is one of my favorite moments with her.

That’s Christmas to Me (Deluxe Edition) by Pentatonix

My favorite Christmas album is That’s Christmas to Me by Pentatonix, an a cappella singing group. My favorite song from the album is “Little Drummer Boy,” but it is only available in the deluxe editions of the album. I personally recommend looking it up on YouTube anyway because the music video is very well-made. “Little Drummer Boy” was actually one of my least favorite Christmas songs until I heard Pentatonix perform it — something about their voices really transformed it.

Currently, my favorite Christmas album is Jethro Tull’s The Jethro Tull Christmas Album. While certainly obscure, the album delightfully combines lead man Ian Anderson’s folk-rock flute and the band’s almost-medieval folk sound. It’s like being in a classic fairy tale, then adding Christmas and electricity; this combination brings holiday cheer in a way few Christmas albums, if any, can equal.

Silver City by Falling Up

Cinematic in scope, yet intimate in approach, Falling Up’s Christmas album leaves you wonderstruck with feelings of awe, reverie, warmth and longing. Silver City features a mix of covers and original songs, some with vocals and others purely instrumental. A cohesive work of art, this is one you’ll want to listen to all the way through from front to back. Each song on Silver City brings new gifts for the listener. The whimsical “Sugar Plum Fairy,” for example, spices up the Nutcracker classic with some electronic stylings, while the epic “Song In The Air” blows you away with mysterious melodies and a chilling chorus. My personal favorite is “The Little Robot,” a poignant picture of loss and hope told in a cryptic narrative. Year after year, Silver City proves an unforgettably special album that supplies a fantastic soundtrack to the Christmas season.